The Rolling Stones 50th Anniversary...This One Playin' On Repeat 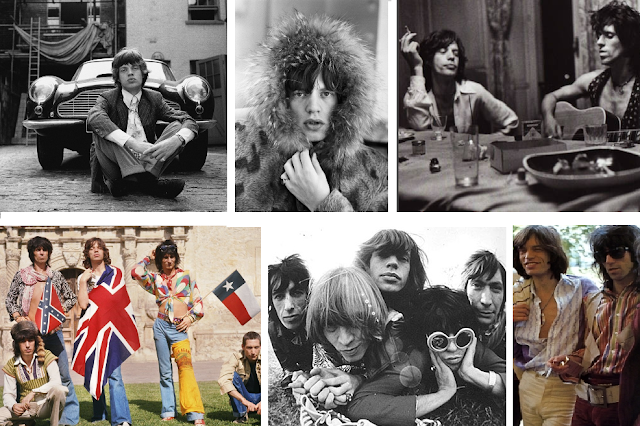 Recently I wrote about the importance of music + you know that old question- if you were trapped on a desert island + could only take 3 artists/groups music, what would you take ? Without skipping a beat The Rolling Stones rolls right off my tongue. Today marks 50 years that Mick + the boys first performed together at a gig at London's Marquee Jazz Club. I have so many amazing memories wrapped around The Stones, from remembering my parents listening to them when I was a kid on vinyl, to meeting a handsome stranger on the subway who I later fell in love with who asked me if I knew where the Memory Motel was...yes I said as the song played in my head "it's on the ocean I guess you know it well"...to a late night years ago in a club on the dance floor in NYC, I spun around and realized the guy I was suddenly dancing with was Mick Jagger. He later bought a bottle of champagne for me + a few friends, chatted for a bit + then disappeared into the night. The next morning in The NY Post on page 6 the article read of Mick's whereabouts the night before and the fact that he forgot to pay his bar bill ! So here's to you Mick, you certainly do rock my world !